Mean Gene said:
The Creighton fans travel extremely well. They are going to be ranked very high this year. I was at the Garden the year we played them there. I believe it was Doug McDermott’s last year. There was a good crowd at the Garden. If we wind up getting ranked this season and they’re a Top 10 team, they will have to find a way to move that game to the Garden.
Click to expand... 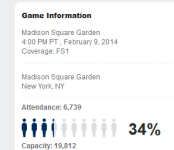 Not exactly a full house
T

mjmaherjr said:
Yeah Nathalie is giving me no pushback on this one
Click to expand...

Did you go to Charleston the last time?, I don't remember.
F

Thats a sell out at Alumni!
R

Fizzy said:
Thats a sell out at Alumni!
Click to expand...

But a loss of money at MSG.

traczok said:
Did you go to Charleston the last time?, I don't remember.
Click to expand...

traczok said:
Did you go to Charleston the last time?, I don't remember.
Click to expand...

Classic...Except for the Nike and Rakuten ads plastered on it... The St. John's men's basketball program will once again host the Lou Carnesecca Golf Classic on Monday, Sept. 19, at both North Hempstead Country Club and The Village

Hope he didn't look like this when he made in-home visits to recruits. If so, it explains a lot.
L

redken said:
Hope he didn't look like this when he made in-home visits to recruits. If so, it explains a lot.
Click to expand...

My first thought was that he looked like MC Serch with those glasses.
M

paultzman said:
Creighton will be a top 10 team very possibly this year and if this game is on a Saturday at MSG it would draw in much the same way ranked Pitt v Dwight Hardy led Johnnies did imo.
Click to expand...

Even if it's a financial loss, gotta play more games at MSG if you want to elevate the profile of the program and use MSG as a successful recruiting tool. Kinda falls under the ole saying of "you gotta spend(loose) money to make money". Maybe a loss in the short term, but a win in the long term. As for ABs comment, I honestly have NFI what he's talking about.

Staff member
it's the answer to the Trivia question: what do you get when you cross Colonel Henry Blake with DMC: 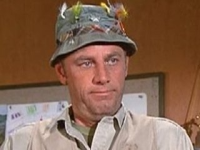 Staff member
Not to jinx the team, and a little off topic , but Florida State beat McGill last night
by only 16. I would be shocked if we can’t beat them. McGill did not have its 2 best players and 6th man from last season , nor did it have the 2 division 1 transfers whom they just got over the summer who can’t play until school starts. Their 7 foot plus Center dunks anything close to the basket and is agile. Very athletic team but we should be victorious.

Does he have further connection than the year or two on norms staff, Paultz?

Amaseinyourface said:
Does he have further connection than the year or two on norms staff, Paultz?
Click to expand...

Friendly with Panther, Van and Shoes I would think. My guy Sterling can clarify.
Last edited: Aug 13, 2022
R

So happy for him as he is a really good guy with a deep attachment to SJU.
M

Does this mean we now have a chance at Rens players?

Or will that close when Penny is fired and Borman is back in April?
R

MainMan said:
Does this mean we now have a chance at Rens players?

Or will that close when Penny is fired and Borman is back in April?
Click to expand...

Let’s just say a much better chance than b fore. Oz was also very close with Coach Lavin. Hé most certainly is a friend of the program.


QUEENS, N.Y. (August 15, 2022) – The St. John’s Athletic Department has released its 2021-22 annual report, celebrating the accomplishments of the Red Storm’s 17 varsity athletic programs and 300-plus student-athletes over the past year.

The annual report showcases the athletic, academic and personal achievements of St. John’s student-athletes during the academic year. Among the many highlights featured, the annual report details the women’s soccer team’s historic run to the NCAA Tournament Round of 16, the men’s soccer team’s 22nd appearance in the NCAA Tournament and the fencing program’s 29th consecutive top-seven finish at the NCAA Championships. In addition, the annual report celebrates the department’s 28 All-BIG EAST honorees, four BIG EAST Players of the Year and five All-Americans.

In addition to the Red Storm’s athletic and academic success, the annual report also details the departments many efforts in the community. St. John’s student-athletes dedicated nearly 2,400 hours to community service projects while the Athletics Council on Community, Culture and Social Justice (CCCSJ) continued to facilitate education and sponsor important initiatives, such as Solidarity Week.

The annual report also offers a glimpse into the Red Storm’s UNLIMITED program, which expanded this past year with strategic partnerships to support student-athletes with their Name, Image and Likeness endeavors.