St. John's came in tied at #166 in the national universities category. Up six spots from last year

St. John's came in tied at #166 in the national universities category. Up six spots from last year

Staff member
Give Father Stanley a few years as StJ’s President and there will be improvement.
L

Holy crap, NYU finally busted out of the low 30s where they've been for as long as I can remember.

As for St. John's, I don't think that's a horrible ranking for them. I remember them being way worse (but maybe I'm just imagining that). Climbing the ranks moves at a glacial pace, but if the school can get to #125 or so, that's certainly nothing to sneeze at.

I would look toward a school like Northeastern. They used to be nothing special way back when. Now they are No. 44. Whatever blueprint they are using, St. John's should steal it.

Still waiting for someone to have the guts to put Stanford and University of Chicago No. 1 and 2.
R

I believe the worst rating in the Big East
R

I would like to know what the criteria is to compile these ratings! Find it very hard to believe that a lot of these schools are higher rated than SJU but this Is above my pay grade!
L

rcatalano said:
I believe the worst rating in the Big East
Click to expand...

I refuse to believe that Seton Hall or DePaul offer more than St. John's.
O

rcatalano said:
I would like to know what the criteria is to compile these ratings……..
Click to expand...

Bells is the criteria US news claims it uses for the “Best Colleges” rankings:

rcatalano said:
I believe the worst rating in the Big East
Click to expand...

Xavier is tied with St. John’s.
B

I think one stat that St. John's does well at is salary 5 years/10 years from graduation. It may help that historically St. John's places a number of grads on Wall St or finance jobs.

Brooklyn Redmen said:
I think one stat that St. John's does well at is salary 5 years/10 years from graduation. It may help that historically St. John's places a number of grads on Wall St or finance jobs.
Click to expand...

St. John's has a good business school and is in NY. If you pick a major that is a strength of the college you are attending and excel in the classroom and other activities you will excel in your career most of the time. I think this is true of many colleges that aren't ranked in the top 50. On the other hand if you don't know what you want to do and aren't engaged you can still succeed but you need luck or some good connections. Too much is placed on these rankings as oppposed to the right fit for the student.
J

otis said:
Give Father Stanley a few years as StJ’s President and there will be improvement.
Click to expand... 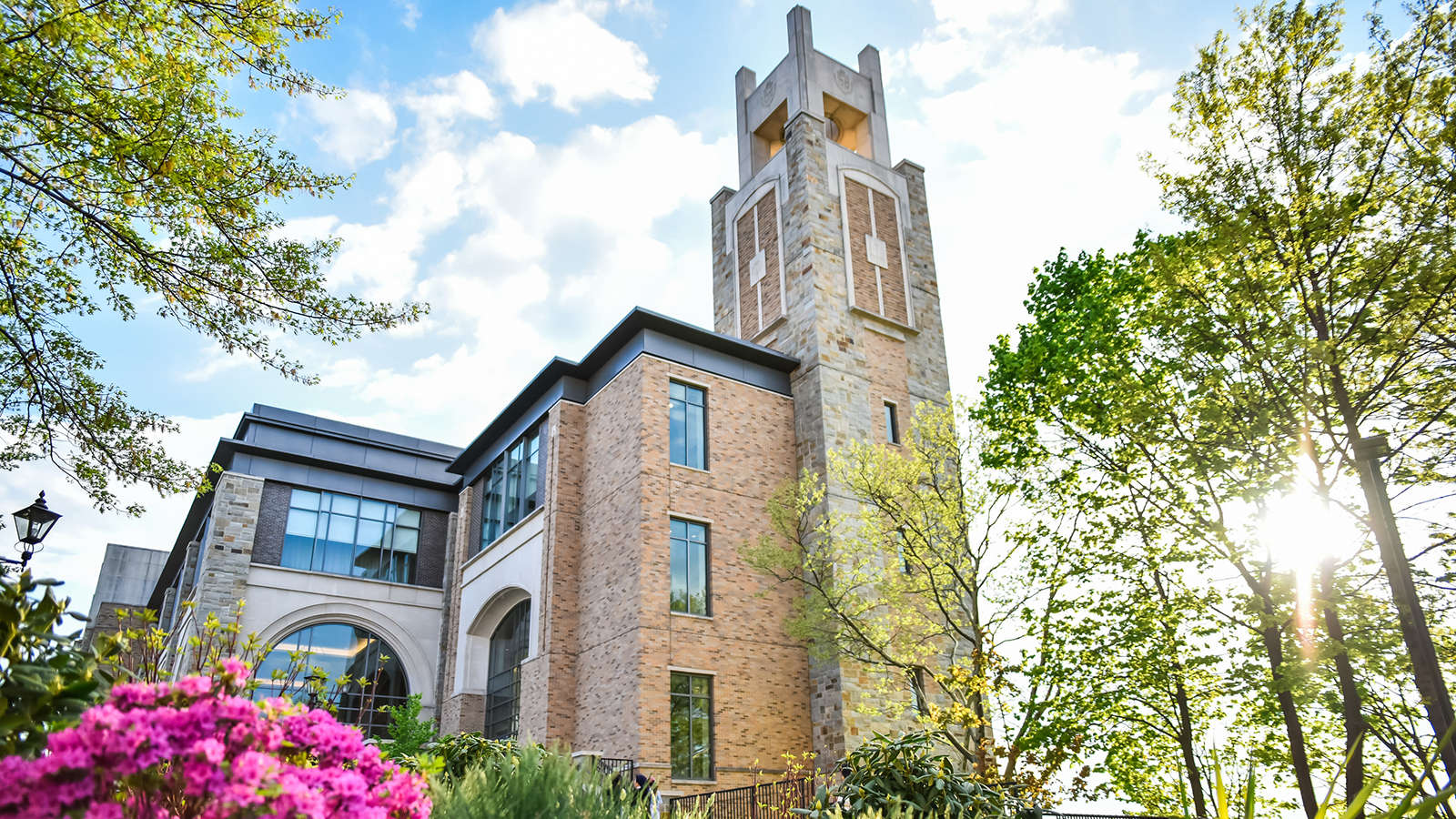 St. John’s University is among this year’s top national universities, according to a new ranking by U.S. News & World Report.

rcatalano said:
I would like to know what the criteria is to compile these ratings! Find it very hard to believe that a lot of these schools are higher rated than SJU but this Is above my pay grade!
Click to expand...

These rankings are getting even more ridiculous. There is no way so many state (e.g. Davis, Merced, etc.), or marginal private (e.g. Santa Clara, Loyola Marymount), institutions located in California, should be ranked in the top 100.
O

Give credit to whoever at US News that came up with the scheme that has kept the name of the once popular weekly magazine alive.
Last edited: Sep 20, 2022
L

mm52 said:
These rankings are getting even more ridiculous. There is no way so many state (e.g. Davis, Merced, etc.), or marginal private (e.g. Santa Clara, Loyola Marymount), institutions located in California, should be ranked in the top 100.
Click to expand...

Davis is a good school. I would put it in the top 100 for sure. Merced is only 17 years old, so unless they are doing spectacular things there, you are probably correct.
R

mm52 said:
These rankings are getting even more ridiculous. There is no way so many state (e.g. Davis, Merced, etc.), or marginal private (e.g. Santa Clara, Loyola Marymount), institutions located in California, should be ranked in the top 100.
Click to expand...

Agree. It seems they take climate into consideration with California schools!!! Santa Clara is a great school academically. It could be a borderline 100 but the California State system, while having the best State funded schools in the nation, play the US News rating game better than any State in the country. While UCLA, California and San Diego are easy picks for top 100, the rest are clearly on the Stony Brook and Binghamton level.
Of course, they are all far superior in their admission standards than SJ and that is the difference maker.

Columbia whistleblower on exposing college rankings: ‘They are worthless’ | US universities | The Guardian

Former head of the Columbia Math Department calls the rankings useless and a way to justify high tuition.
J

Editor’s note: In this Future View, students discuss college rankings. Next week we’ll ask, “Most men’s single-sex colleges went co-ed long ago. But what about women’s colleges? Vassar began admitting men in 1969, and now Notre Dame of Maryland University, a women’s college, has abruptly announced it would begin admitting male undergraduates next fall. Should single-sex colleges still exist?”Students should click here to submit opinions of fewer than 250 words before Sept. 27. The best responses will be published that night. Click here to submit a video to our Future View Snapchat show.

How to Choose the Wrong School
College rankings don’t matter. In reality, colleges are so different that they cannot be compared. Some rankings are based on post-college careers, funding, applicant numbers and acceptance rates. Others detail where to find the most beautiful campus, best food and nicest housing. How can you weigh all these factors to create a single ranking scale?
When deciding where to go to college, students have to consider what is most important to them. Do you want a big public sports school in the South? Do you want a small private liberal-arts college in New England? Do you want the prestige of the Ivy League? Every student will weight colleges’ attributes differently, and relying only on rankings may produce the wrong school. Administrators should focus on other means of attracting students and stop caring so much about the oversimplifed ranking numbers.
—Ryan Hagerman, Quinnipiac University, political science

Would You Choose the 300th Ranked School Over the 10th?
The U.S. has over 5,000 colleges and universities. Students and their families need some way to compare them. While university rankings aren’t the only thing people should consider when picking a school, they are an important factor for many students and their families. It may be taboo to admit you picked your school for its ranking, but most students will go to one of the top-ranked institutions to which they are accepted. This is because, though the ranking system isn’t perfect, it does offer important information. The difference between the 100th and 110th ranked schools may be essentially meaningless, but the gap between the 500th and 2,000th isn’t.
—Eamon Collins, Iowa State University, computer engineering

Unhealthy Competition
A student’s college decision is highly individual, influenced by financial, social, educational and personal factors. Numerical rankings say nothing about whether a college is a good fit for a student and can never accurately capture a school’s quality.
Instead, ranked lists fuel a culture of elitism and one-upmanship that affects students’ college decisions. Lists such as the U.S. News Rankings are pervasive and lend to a culture that pushes high-achieving students to constantly compete with one another. Whether it’s really better, getting into a higher ranked school gives students a way to outdo one another. This illusion of prestige is profitable, giving universities incentive to try to climb higher in the rankings.
When Columbia recently admitted that it had submitted fraudulent data to U.S. News’s college rankings, it should have been a wake-up call to students that it doesn’t matter whether your college is highly ranked.
—Lillian Ali, Northwestern University, journalism

They Aren’t the End-All, But They Aren’t Nothing
College rankings absolutely matter. While they are not the end-all of college choice, they are a measure of a school’s quality. They include such important factors as the teacher-to-student ratio, rate of graduation, extent of alumni network and endowment. These measures are imperfect, but a good ranking tends to match a good overall experience.
Rankings’ imperfections are hardly a burden. Students have access to all sorts of information about their prospective schools outside of these numbers. Of course, student life includes so much more than what the rankings encompass: You can participate in research, work in internships, join design teams or campus organizations, work as teaching assistants and gain other experience. Rankings may not include that information, but they also aren’t stopping anyone from researching those opportunities.
The ranking of your school does not define who you are, but it is a part of your academic and professional career.
—Rafael Arbex-Murut, University of California, Berkeley, information and data science

Nothing Changes
The fact that Columbia falsified its data shows that the importance of these rankings is grossly overestimated. The scandal shows that Columbia’s administrators seem to think the school is untouchable, that consequences don’t apply to them. And they are not wrong. Columbia dropped 16 spots once the news of its cheating broke, but that is unlikely to have an impact on its next application pool. Students will still compete to attend the school for its prestigious Ivy League status. Even if Columbia now looks slightly worse in national rankings, its reputation as a top-tier institution will compensate for this blemish on its record.
—Jackson Walker, University of Wisconsin-Madison, journalism and English
You must log in or register to reply here.
Share:
Facebook Twitter Reddit Pinterest Tumblr WhatsApp Email Share Link
Top